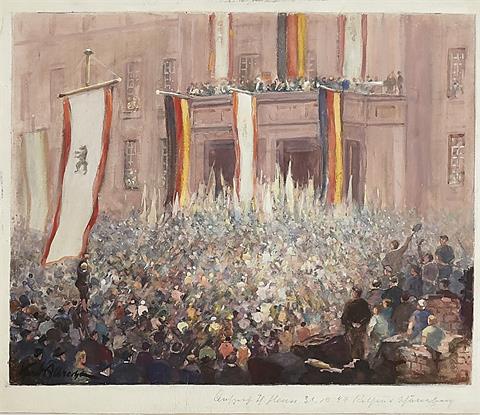 Kurd Albrecht (1884-1964), German painter and stage designer, active in Berlin. The first appearance of Theodor Heuss as Federal President of the Federal Republic of Germany on 31.10.1949, where he gives a speech in front of a crowd from the balcony of the Schöneberg Town Hall. Watercolor and gouache on cardboard, u. li. sign., on u. Border bez., 45 x 54 cm